Last week Nat and I took part in a video editing challenge from the folks at TMS Productions. Most of the footage comes from them, but I added a few shots of me typing a script to add a bit of a story. Honda’s Rebel website has a tagline of “Escape the Ordinary” which I thought would play nicely with the idea that someone is writing a screenplay about riding this motorcycle to “Escape the Ordinary”. Also, all Music and Sound Effects came from Epidemic Sound.

One of my favorite things about learning languages is learning different idioms from different cultures. I first noticed this when learning German and learned that the equivalent idiom to “That’s water under the bridge” is “Das ist doch Schnee von gestern” (“that is snow from yesterday”). Tonight in studying Portuguese I learned that instead of “I smell a rat”, they’d say “aqui há gato” (“there is a cat here”). 😆

After last month’s adventures into SwiftUI with my little weather app, I thought it would be interesting to recreate the same project, but in Android’s upcoming version of a declarative UI framework, Jetpack Compose. I’m curious how it compares to SwiftUI and what the Android development experience is like in 2021. I’ve been developing on Apple’s platforms in some form since the early aughts. With the iPhone SDK in 2008 I took it from a side curiosity to my main career.

You may have noticed lately that I’ve been blogging a bit more regularly. It’s something I’ve always wanted to do with my site but always found reasons not to do it. A lot of times the reasons were just being busy—which is kind of a fake reason. Other times it was I just didn’t know what I wanted to write about. So I’d like to talk a little about what changed in my blogging mindset, what tools I’ve been using, and how I’ve started building a second brain.

That ten-week Japanese class I mentioned has finished. Next up is level 2 which starts in a couple weeks. Reflecting on what I’ve learned has been really interesting. The books this class go over are written to be simple and have common words repeated often. Those words I think I’ve learned pretty well just by reading and rereading the short stories. It feels great to read a story in a foreign language and have that feeling that you aren’t translating in your head but just imagining the scene from the story. However, when watching something on Viki without subtitles I still miss a lot and have to rely on guessing from context. I think this story method of language learning is really great for me but it’s a journey.

Why is it that I can remember the lyrics to songs that I haven’t heard in 10–20 years? It blows my mind every time, it’s like my brain back then heard these songs and said “this is required for survival!”. Last week I played Better than Ezra’s “Good” for the first time since maybe the late 90s and I remembered every lyric. How can I channel this super power?

Interviewing is hard and there are a lot of problems in the industry and the processes that we use. A lot of companies rely on a half to full day interview cycle to both get an idea of the candidate’s skills/fit and give the candidate an idea of what your team is about. 4–5 hours is hard to give both employer and candidate a complete picture of what it’s like to work on this team.

I’m up way too late tonight, but for an investigation into Jetpack Compose, Google’s declarative UI system like SwiftUI. After wrapping up my little SwiftUI project I thought it would be interesting to see what the Android developers have in coming. Also Android Studio runs on my M1 Mac now! Some early things I’ve noticed, State is not as easily definable as SwiftUI and getting all the right versions set up in gradle is a small hassle. I’m amazed at how easy it is now to get a small API client up and running on both platforms! 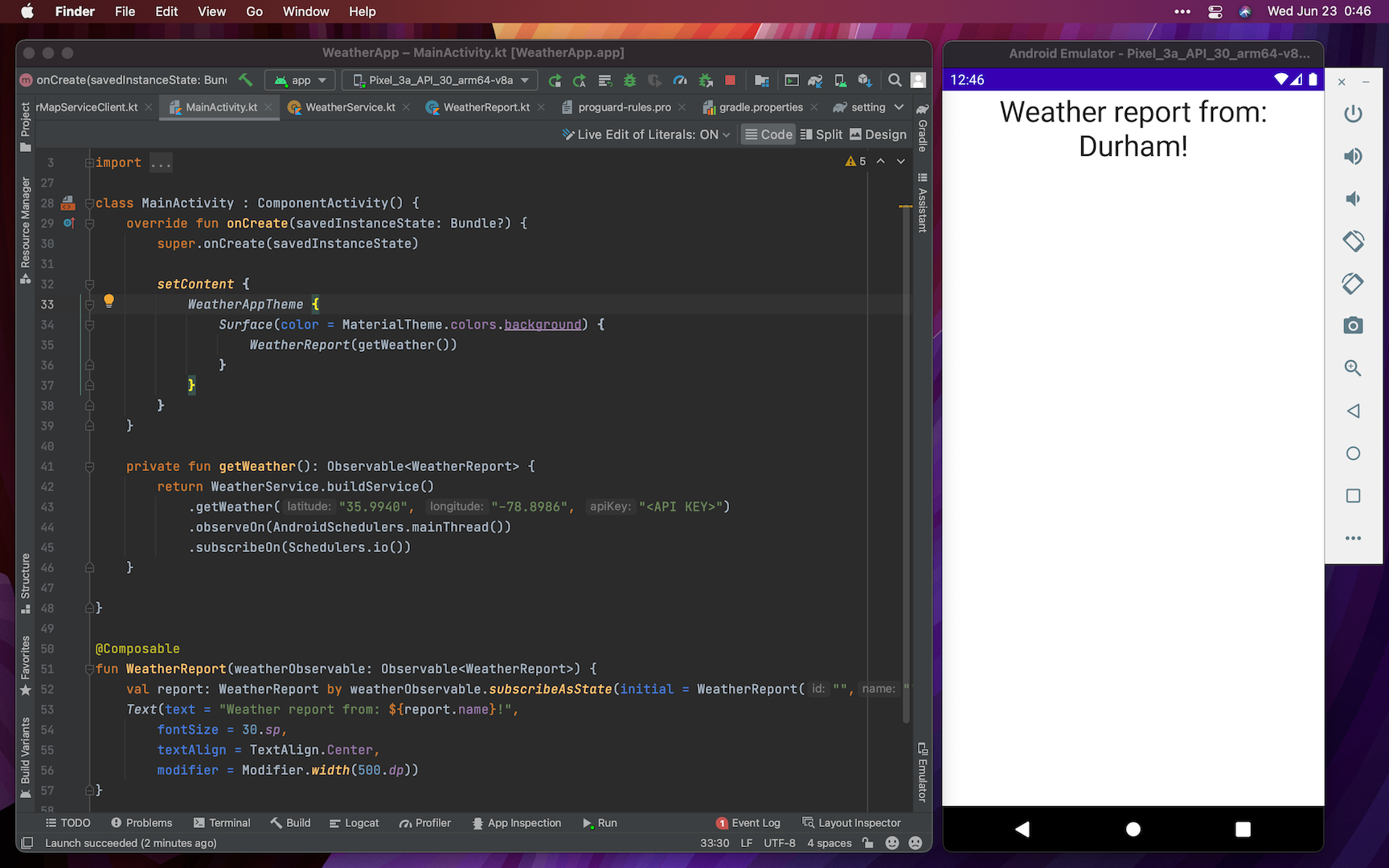 I realized last week that meetings are liquid—like cats! I cleared a few things off my calendar only to find things suddenly pop up in those time slots. I actually think this is fine, my role is about helping the team I work with but it can get draining. So depending on what I need to do, I’ll create some private meetings for myself to block off time to get focused work completed. I still leave gaps and am quick to move things if needed, but overall it’s helped me be available and still get some tasks done.